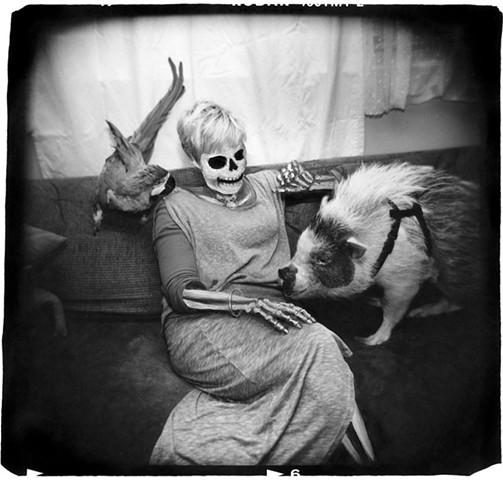 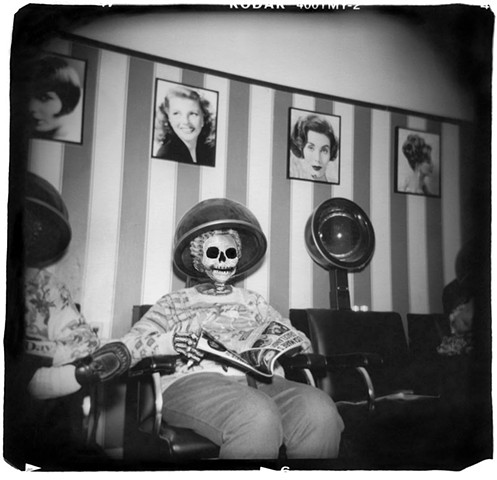 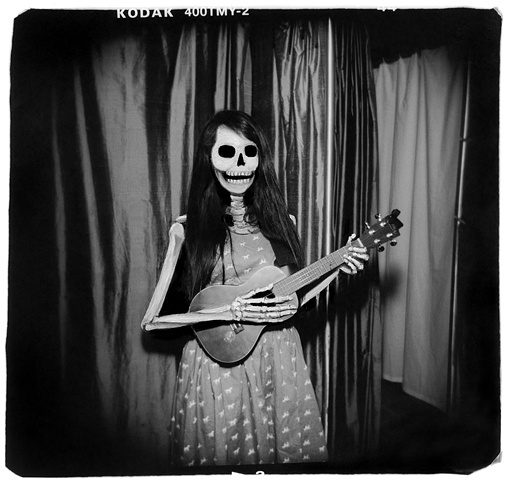 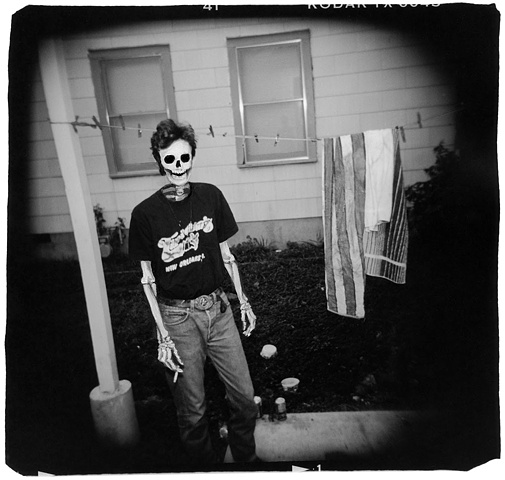 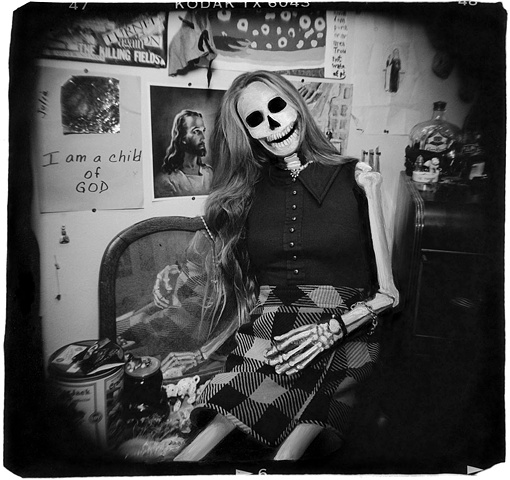 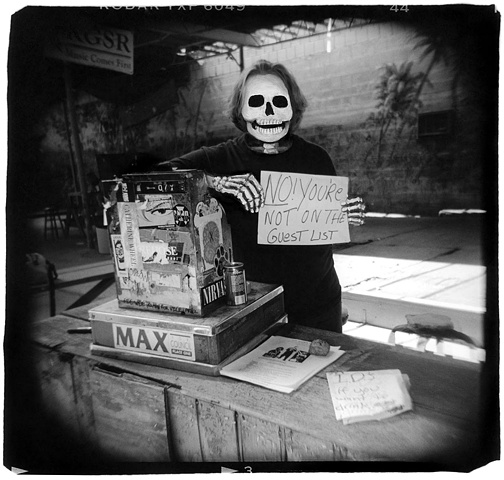 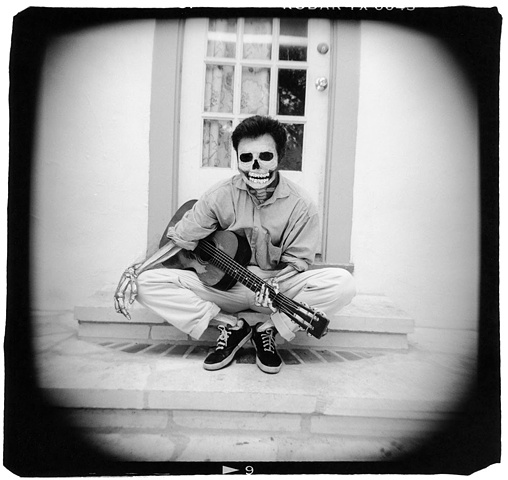 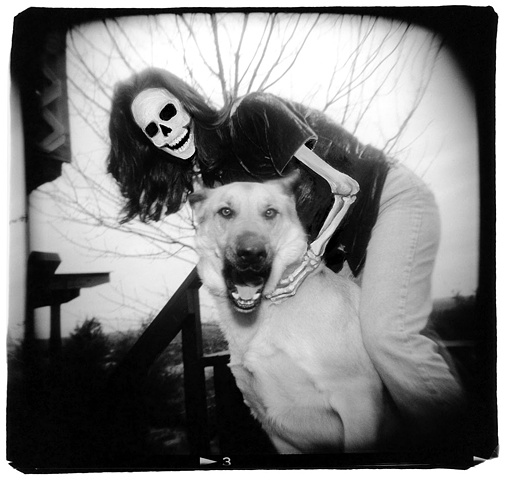 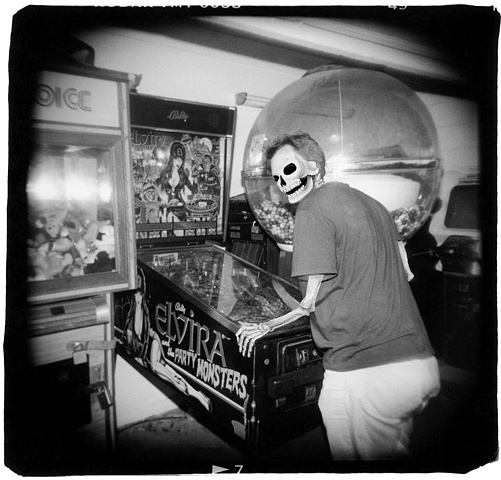 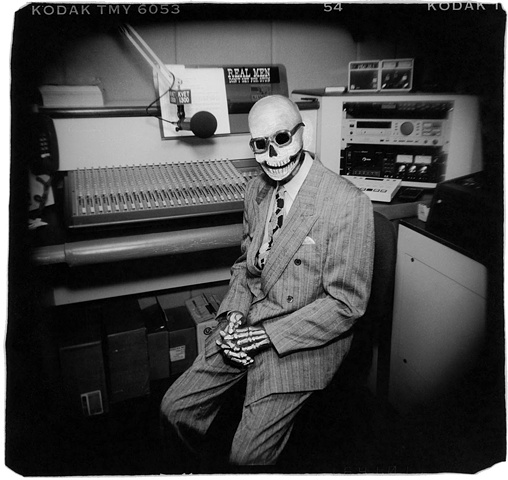 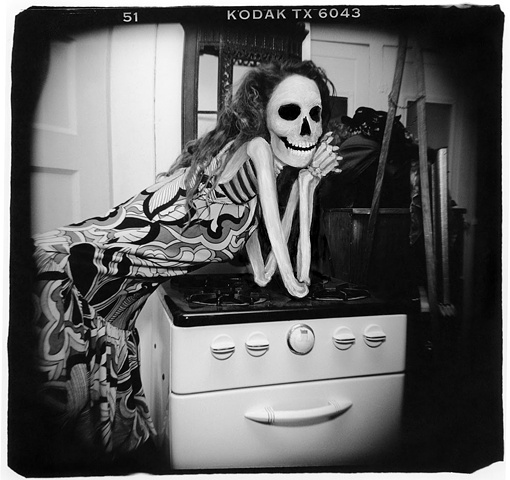 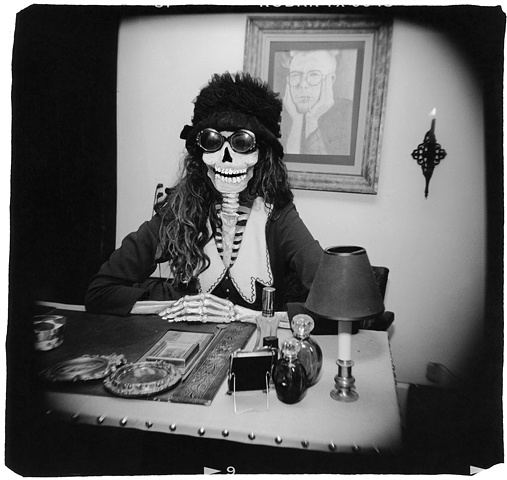 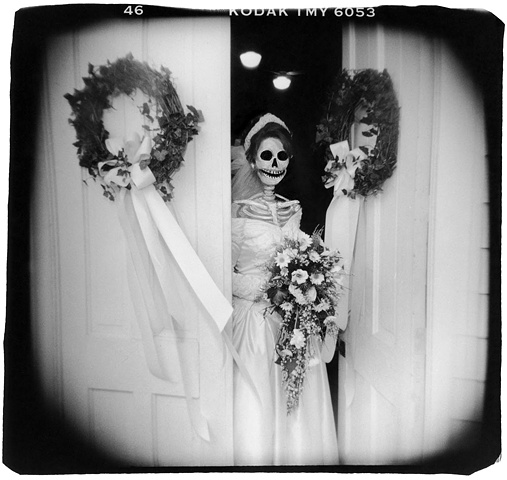 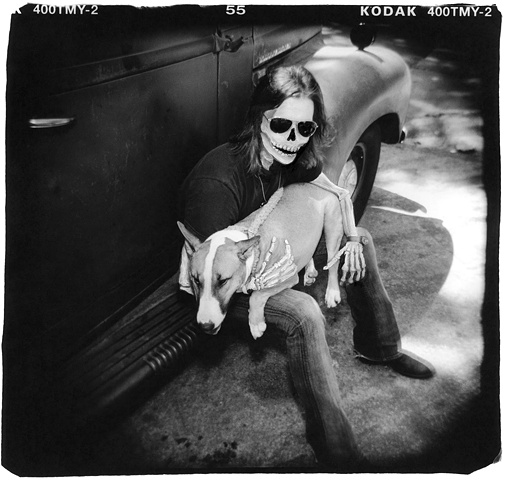 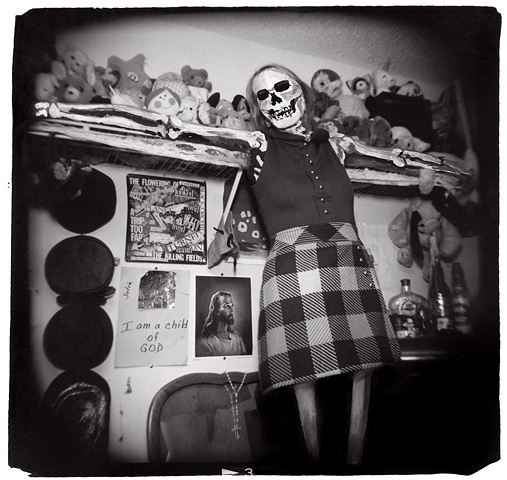 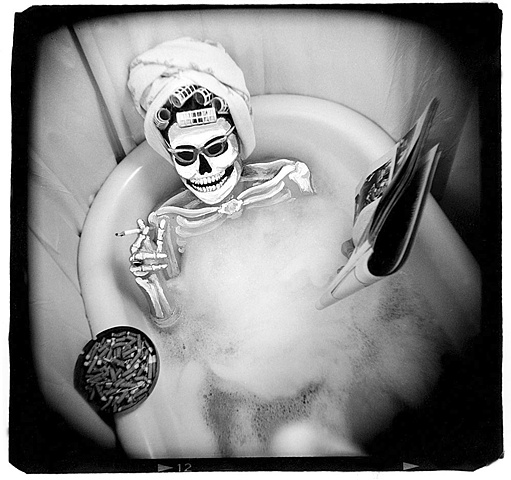 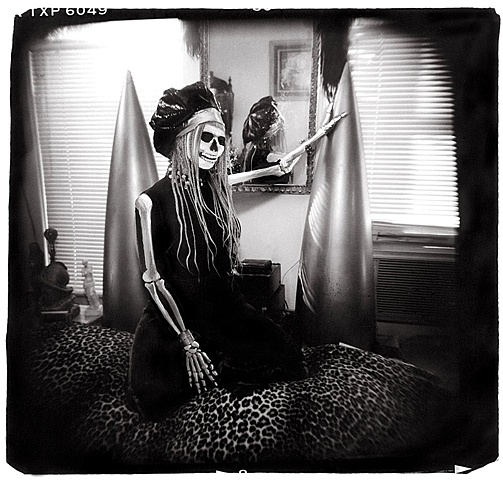 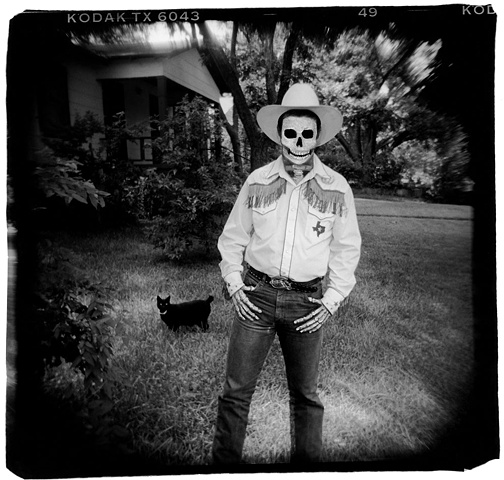 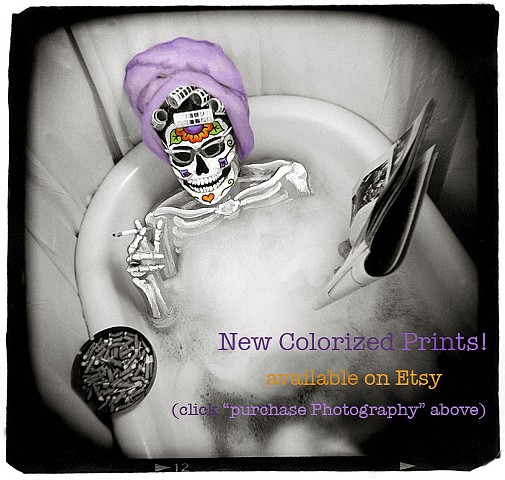 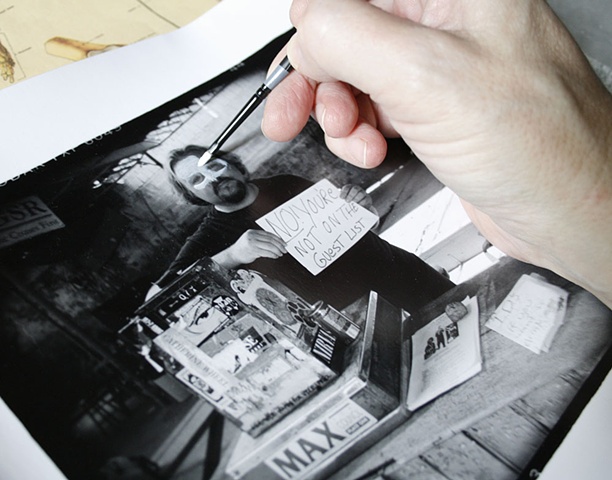 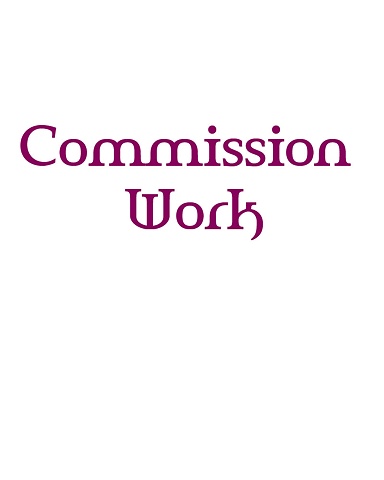 These images were originally part of a group show I participated in at the Mexic–Arte Museum in Austin in the mid 90's. Years later, when I discovered them again, I picked up the project where I left off and continue to shoot portraits I can manipulate.

Each image originated as a straight portrait on film, printed on fiber based paper, and then painted over with acrylic or oil paint. Scanning the image and running it through Photoshop allowed me to even out the black and white tones for the finished image.